Considering the awful state it arrived in, the Basilisk hasn't actually cleaned up too badly. It only took a few hours soak in Fairy Power Spray to get it to a nice workable state. 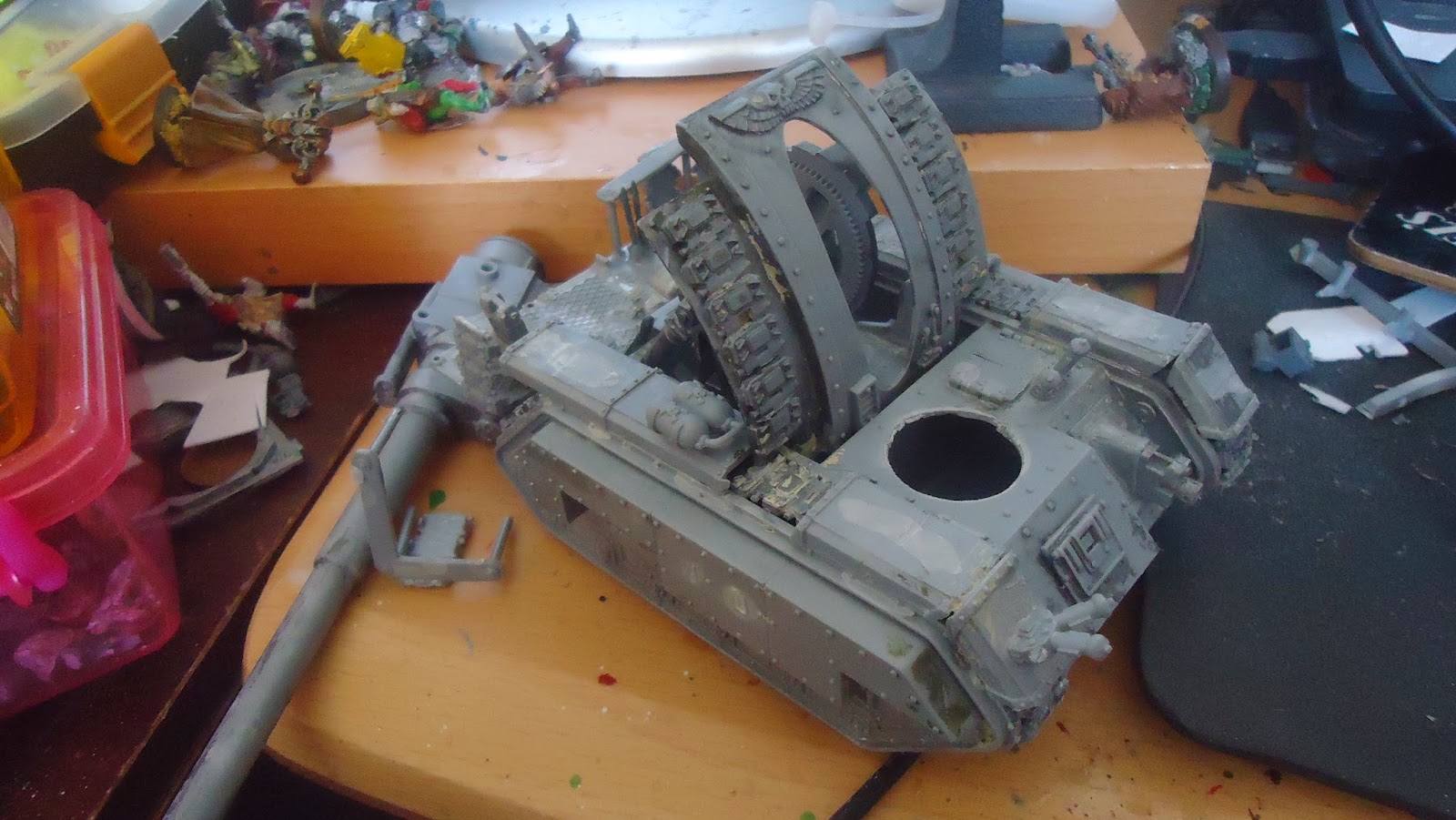 The next stage will be harder though, as it will involve carefully prising off all the 'improvements' the previous owner made without damaging the model beyond use. It could take a while.

In the meantime I've got another restoration project on the go: 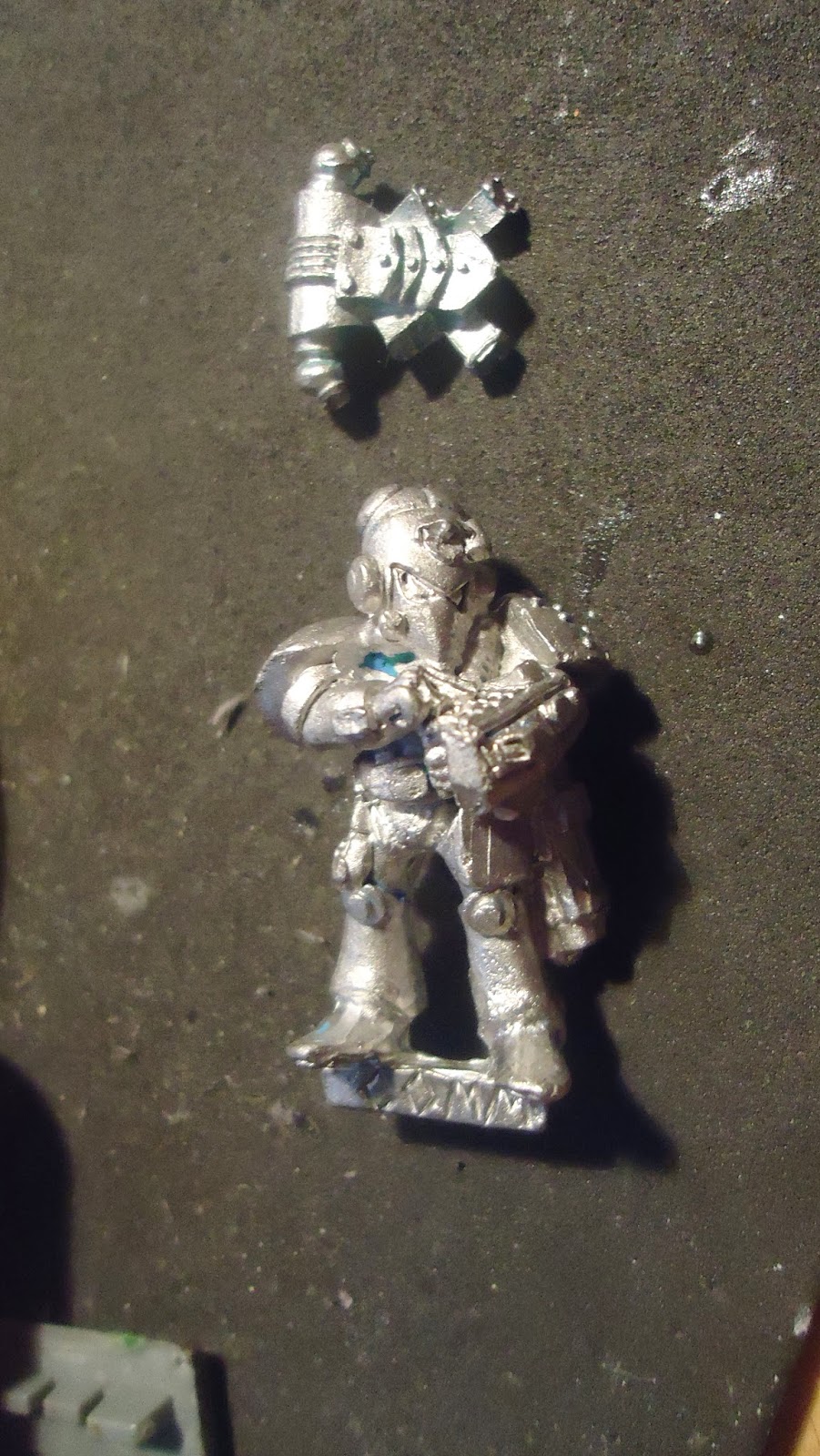 I found this ancient Master of Signal whilst trawling through Ebay, caked in about half an inch of paint, meaning nobody was bidding on it. Never one to pass up a bargain, I bid a quid and forgot about it. Five days later I got an email from Ebay saying I'd won the auction. Result!

The paint came off with just half an hour in the Power Spray, leaving me with a rather nice classic miniature to add to my Sons of Horus. I'll be painting him up at some point, although I want to finish up my Reavers first.
Posted by Khorneguy at 22:41 No comments:

A friend of mine at my local club runs a hobby shop on Ebay, so he often gets in junk lots or models which need serious TLC as part of larger job lots. He also knows that I enjoy restoring such otherwise lost causes, so often gives me first dibs on them at massively reduced prices.

His latest finds might just become my greatest challenge yet though: 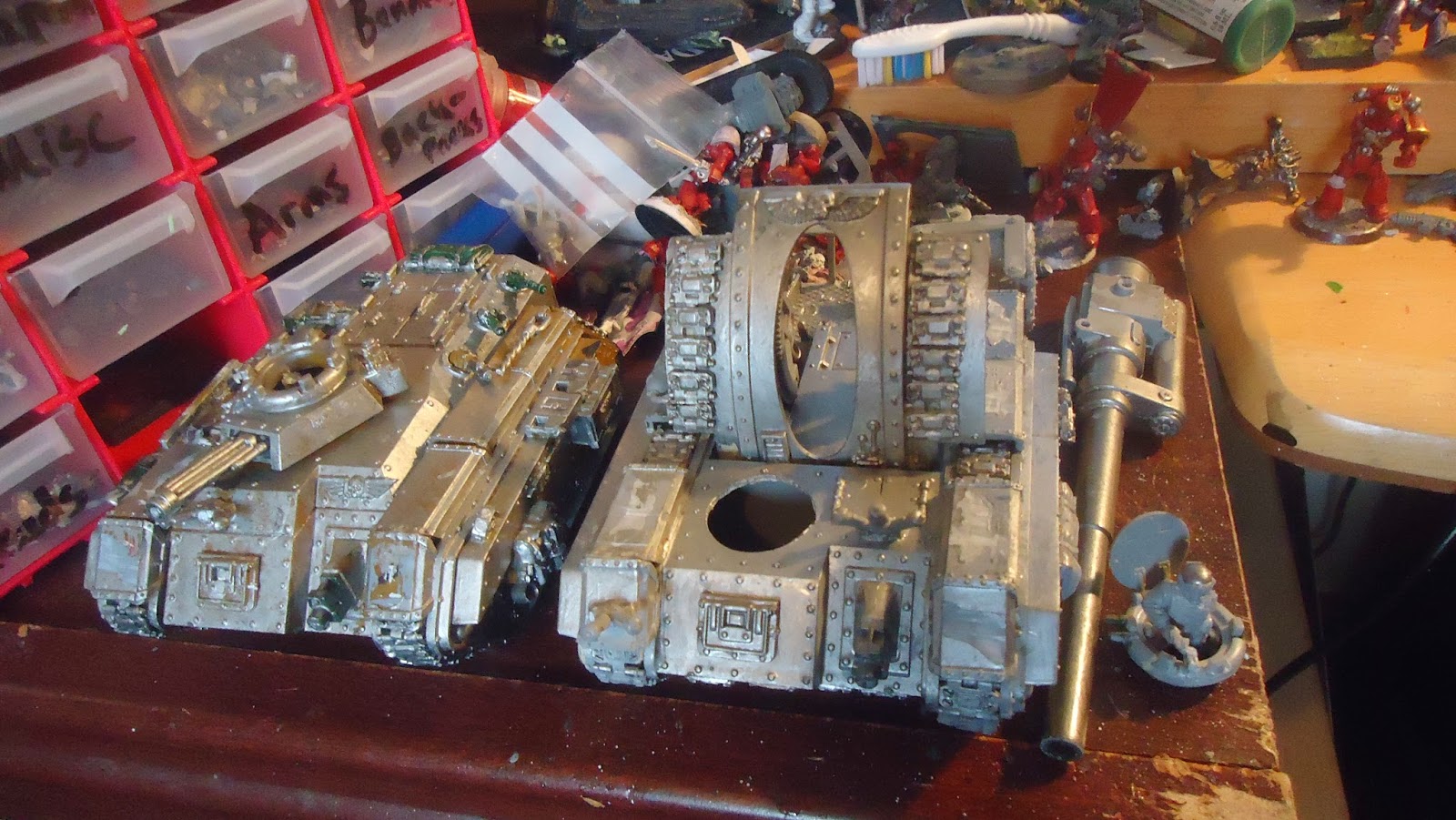 That's a Chimera and a Basilisk, both in pretty bad shape. To be fair, the Chimera really just needs a strip, a reworking of its weapons and a repaint. The Basilisk on the other hand is horrendous.

First up was the horrible splotchy paint job which looked like the work of a 5 year old. I had to give it a basecoat just so I could get a look at what work needed to be done with it. Once I'd done that, I almost wished I'd told my friend 'no thank you' when he first showed it to me. Take a look at the gun shield for example: 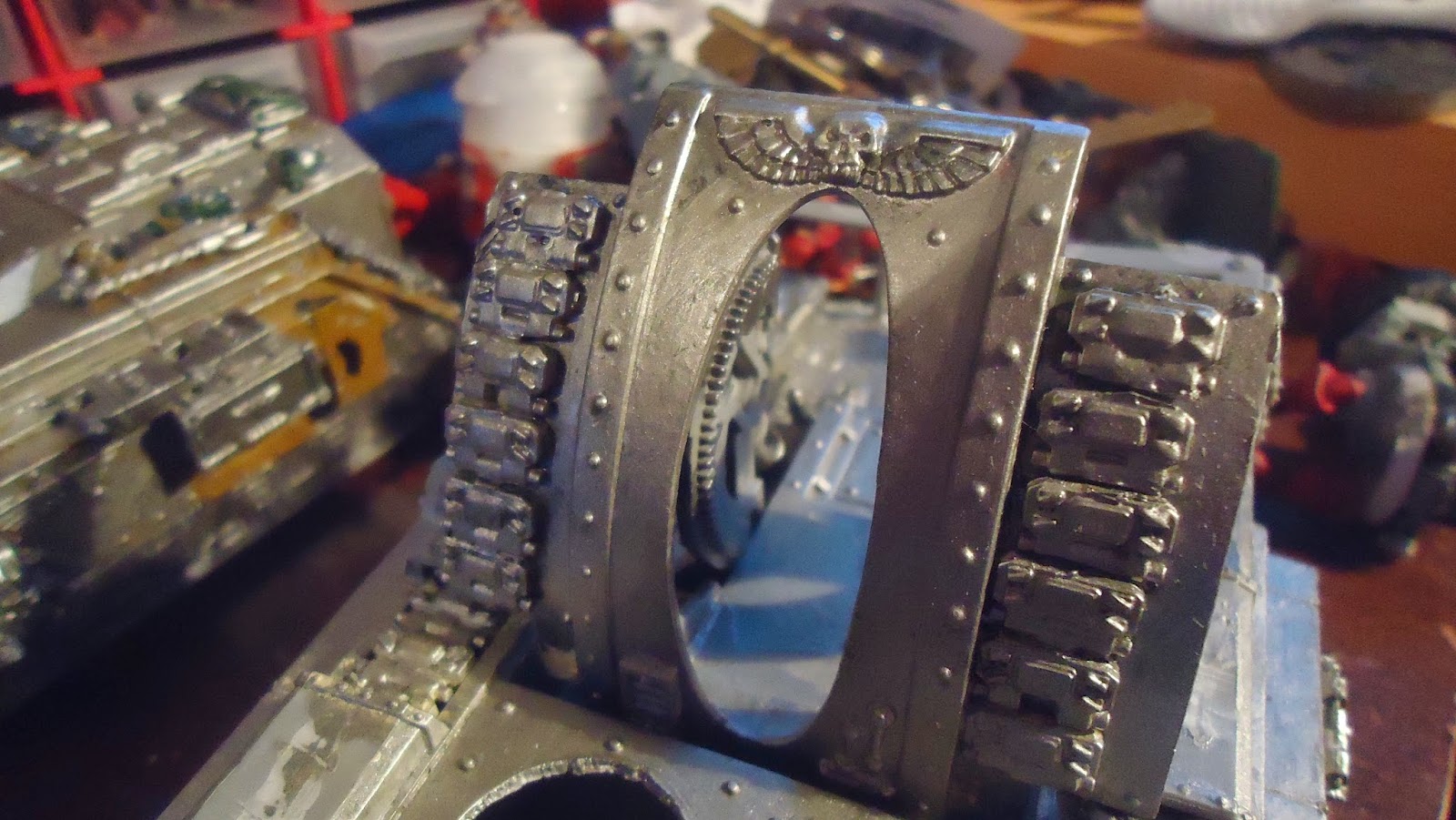 The previous owner clearly tried to add some extra armour to it by using track pieces, but failed to line them up with the existing lines of the shield, meaning I'm going to have to try and pry them off at some point. The person who built it was clearly going for an armoured look, judging by what they've done with the crew platform at the back: 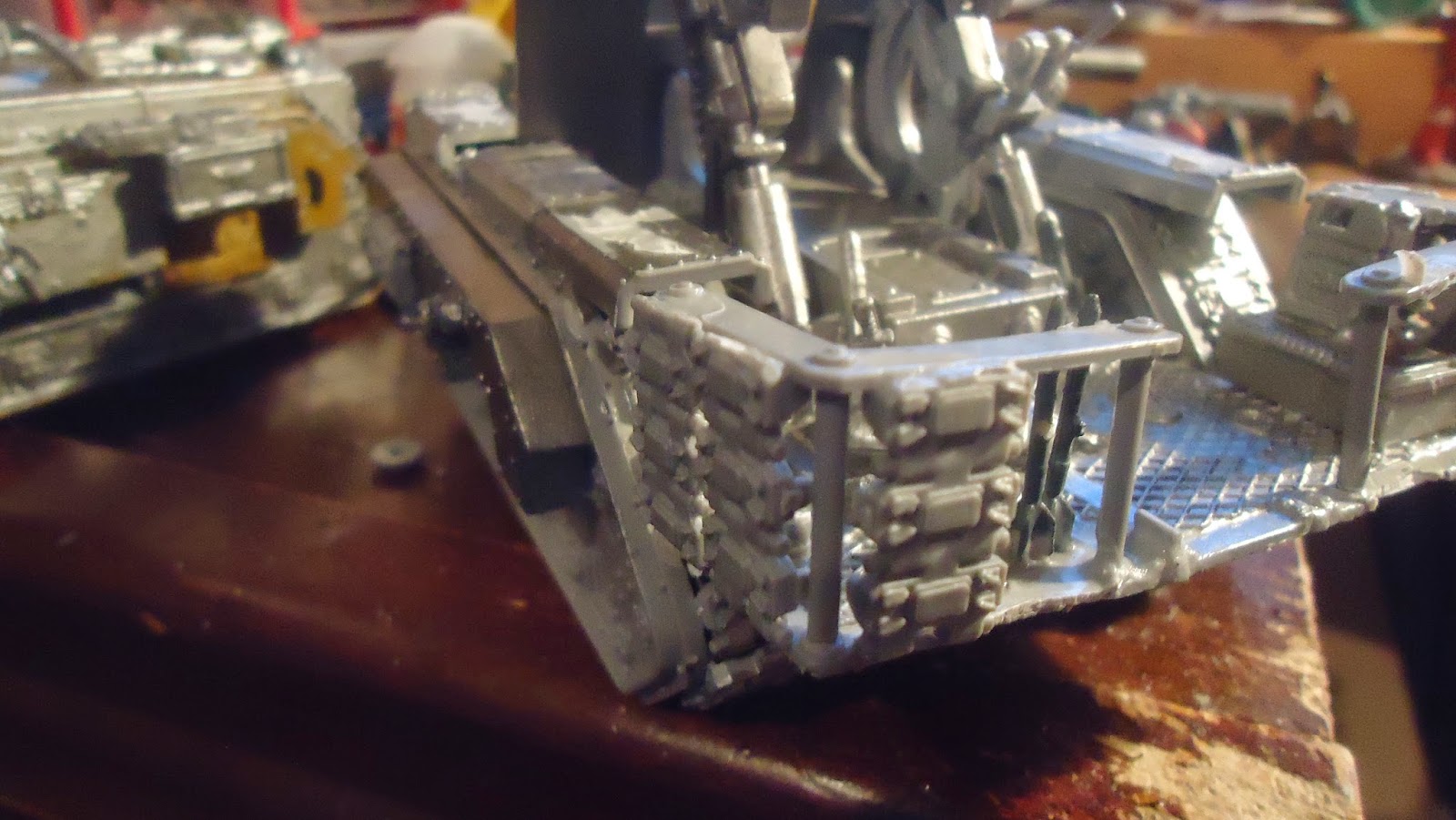 That's more stuff to remove and before I can start on the restoration work. Considering the rails are the most delicate part of the model, I'm probably going to have to rebuild these completely.

In case you're wondering where he got the tracks from, here's your answer: 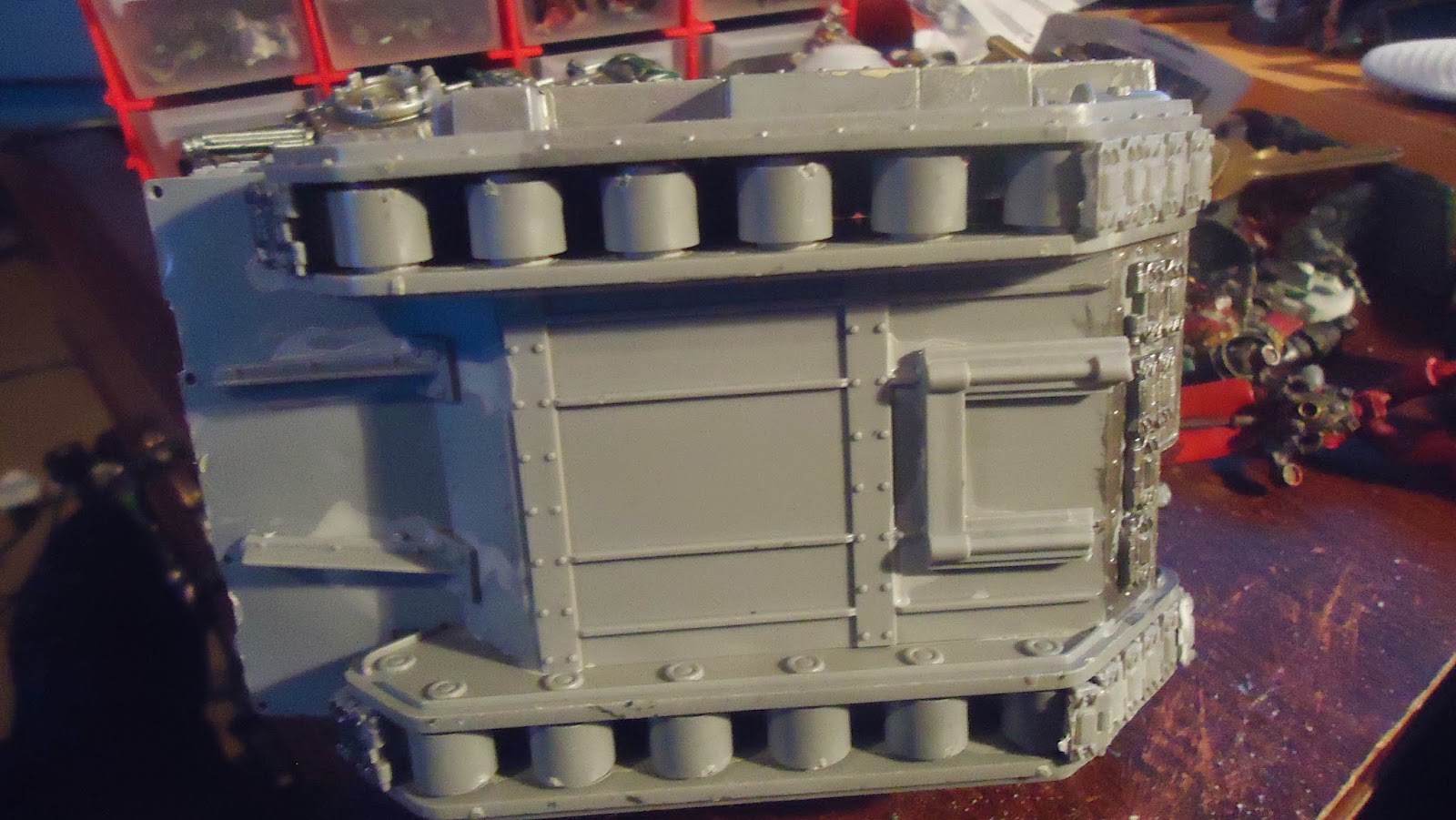 Yup, they took them from underneath. They didn't even bother putting them on the underside of the front of the vehicle, so it would be have been very obvious that there were missing tracks, even from across a table. Luckily I had some spares which I used to patch it: 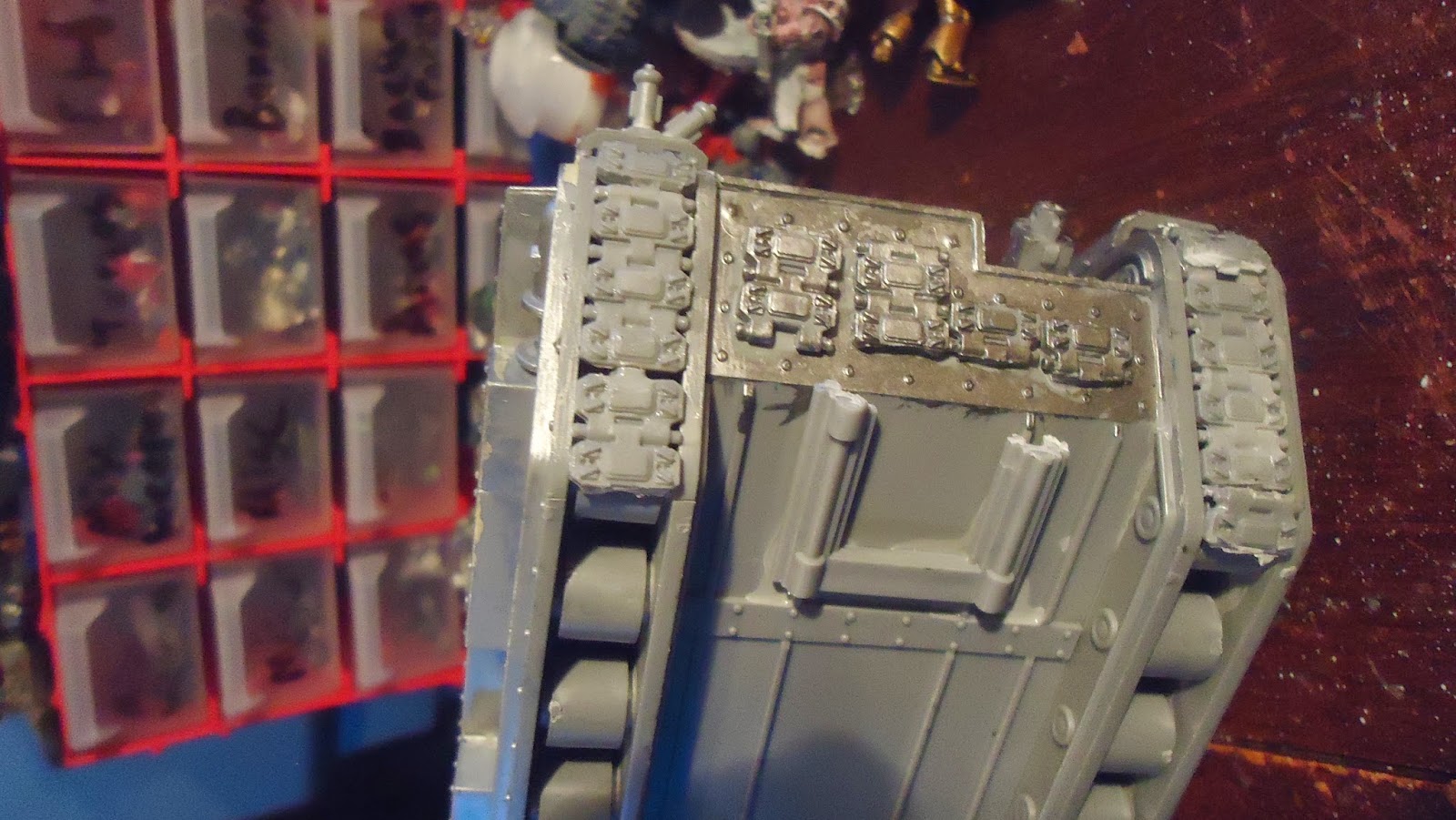 It's not brilliant, but it'll do for now. I want to see if I can prize those tracks from the front of the tank and return them to their proper place, but that's not my main priority on it The majority of my work is going to be sorting the back platform. 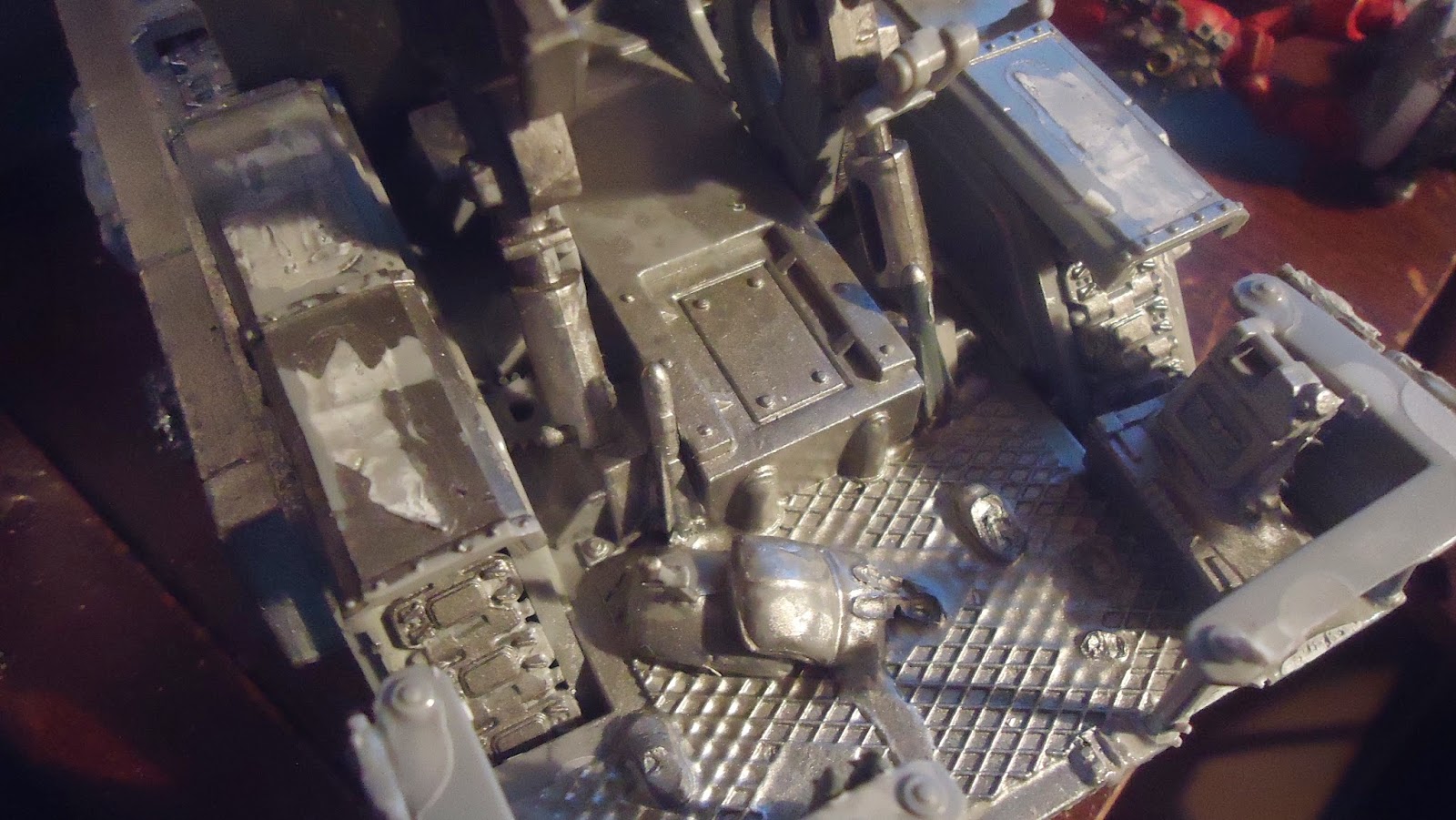 As you can see, it's in the worst state of the entire vehicle. I think I may have to pretty much rebuild this from scratch, due to the state that it's in. I'll see what I can do though.

Before I do anything else, my first step is going to have to be to give it a good soak in a tub of Fairy Power Spray. I'll keep you updated on how I get on

Posted by Khorneguy at 22:37 No comments: