I promised unusual allies and here's the start of them: 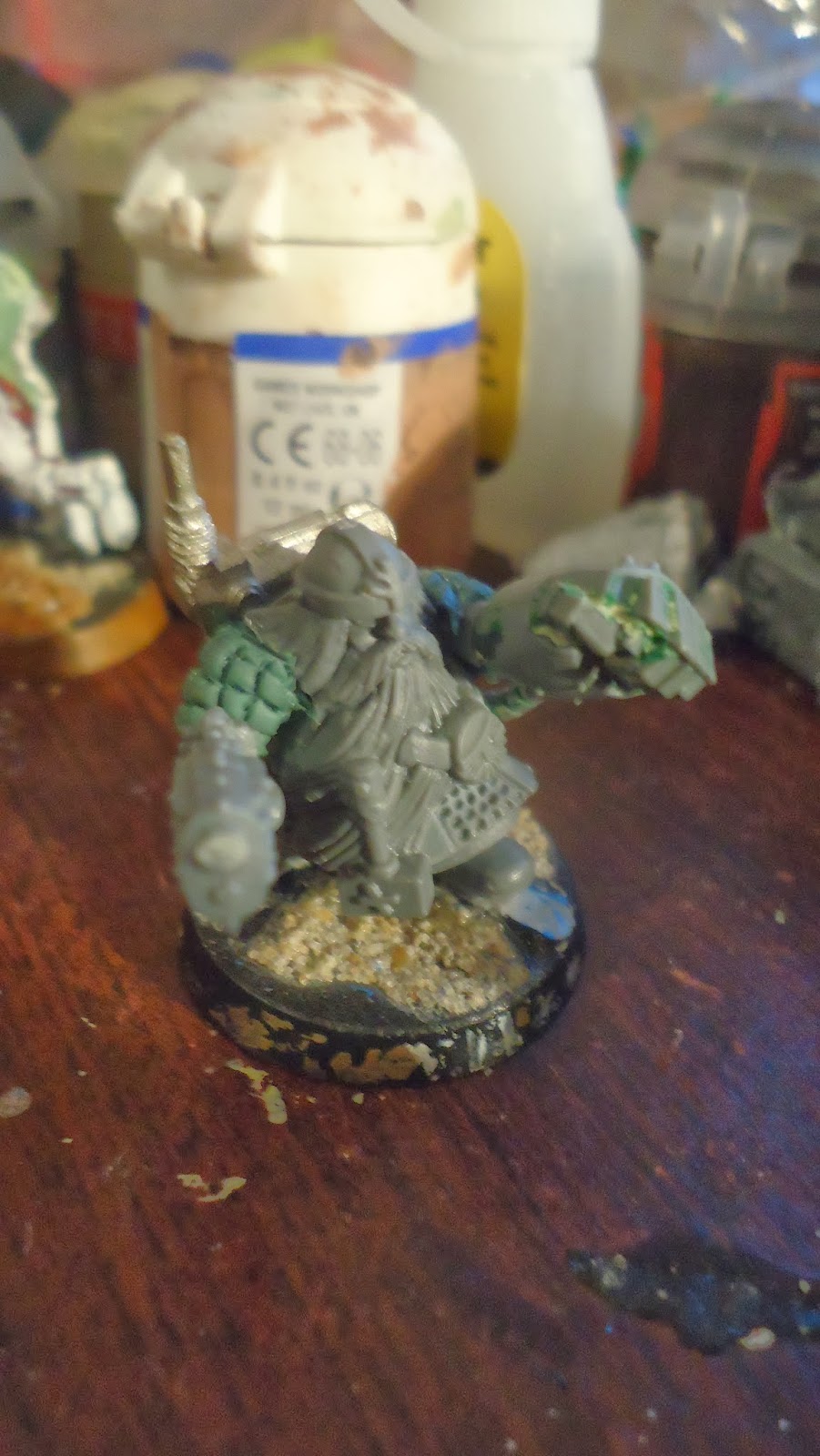 Squats! Or Demiurg, depending on your particular views on the subject. The point is that I've started converting a few squads of them from Dwarf Thunderers and various bits and pieces from my bitz box, to be used in my Imperial Army forces. The plan is to use them as veterans in carapace armour to represent their hardiness and also to crew any vehicles I include in the force.

The idea of including Squats in my force came about with the release of the new fantasy Dwarfs from GW. The new models are gorgeous and were more than enough to tip me over the edge of starting a Dwarf army, but I couldn't really justify starting a new Fantasy army when my Empire and Dark Elves were still unfinished. I was going to wait and start Dwarfs at a later date, but then someone down my local club suggested that the Burlock Grimmson character would look more at home in 40k than fantasy and something clicked in my brain. I could have my dwarf army, only instead of fantasy, I could tie them in with my Pre-Heresy projects. The idea just grew from there

I'm having a lot of fun putting together my Imperial army contingent. It gives me a lot more creative freedom than a standard IG force does, as the Imperiums force were a lot more open minded and diverse during that time period. I'm thinking of adding Beastmen after the Squats are done. For now though, the Space Dwarfs are my main project.
Posted by Khorneguy at 00:31 No comments:

I've managed to get a few games in with my Sons of Horus recently, making excellent use of my new favourite unit, the Reaver squad. These guys are amazing. They're really versatile and flexible on the battlefield, just like the Sons of Horus should be. I like these guys so much I've reassigned most of my previous Veteran squads to Reaver duty and given them a new paint job to match. I'll post up some photos when they're finished.

Alongside them I've been working on some Imperial Army allies, an addition I've made due to the fact that everything's so expensive points-wise in the Legion list that I need some cheap bodies to babysit my home objectives.

After a bit of tinkering, I managed to throw these together: I went for a look which tries to represent the individuality and lack of standardization which the Imperial Army was known for, whilst still giving me a coherent force. I built them using Cadian bodies and various Space Marine and Space wolves heads I had laying around.

I think they look pretty good, even though they still need their bases finished. I need to find a transport for them, as well as obviously bump up their numbers. Hopefully they'll do the job of keeping my backline safe quite nicely. They'll also soon be joined by some more unusual allies, but more on those soon.
Posted by Khorneguy at 20:15 1 comment: