It's the start of February and I finally have some finished models for 2020 to show you. It's certainly been a slower pace than 2019 but I like to think it as quality over quantity.

I managed to get my Wood Elves finished for my event last weekend. I didn't get a chance to post them up until now due to how ridiculously busy I've been, but I'm excited to show them off, as I'm quite proud of how they turned out in the end: 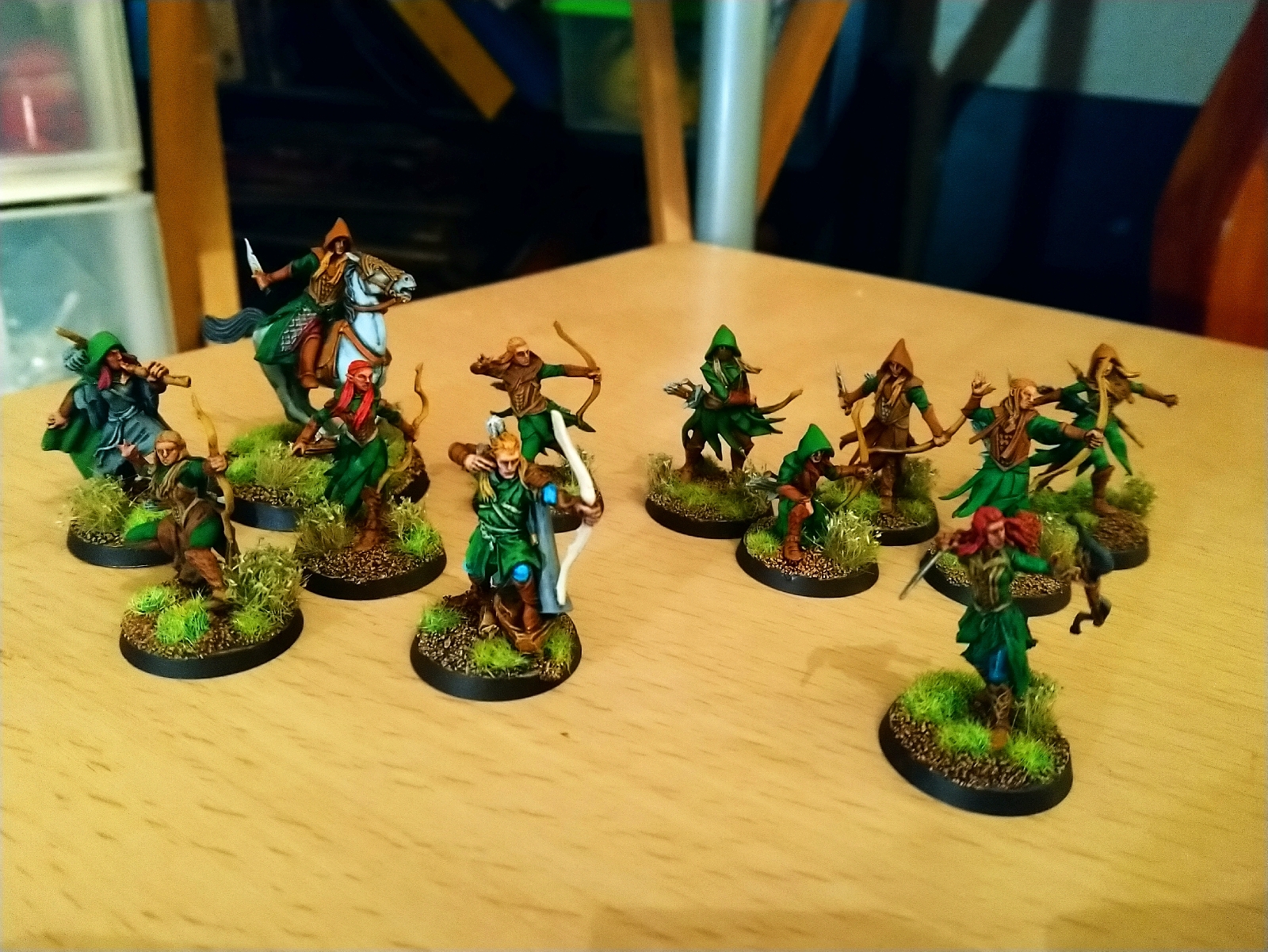 With only 333 points of a very elite army to paint, I was able to really lavish attention on each and every one of them, going into far more detailing and highlighting than I normally would. I feel it really shines through in the final result.
They're going to be forming the core of my much larger future Mirkwood force, so I really hope I'll be able to keep up this level of quality across the whole army. I should be able to. The rest of the force isn't intended for any particular event or deadline, so I can really take my time with them.
As I got the event army done in plenty of time though, I was also able to spend a week working on the display board to go with them: 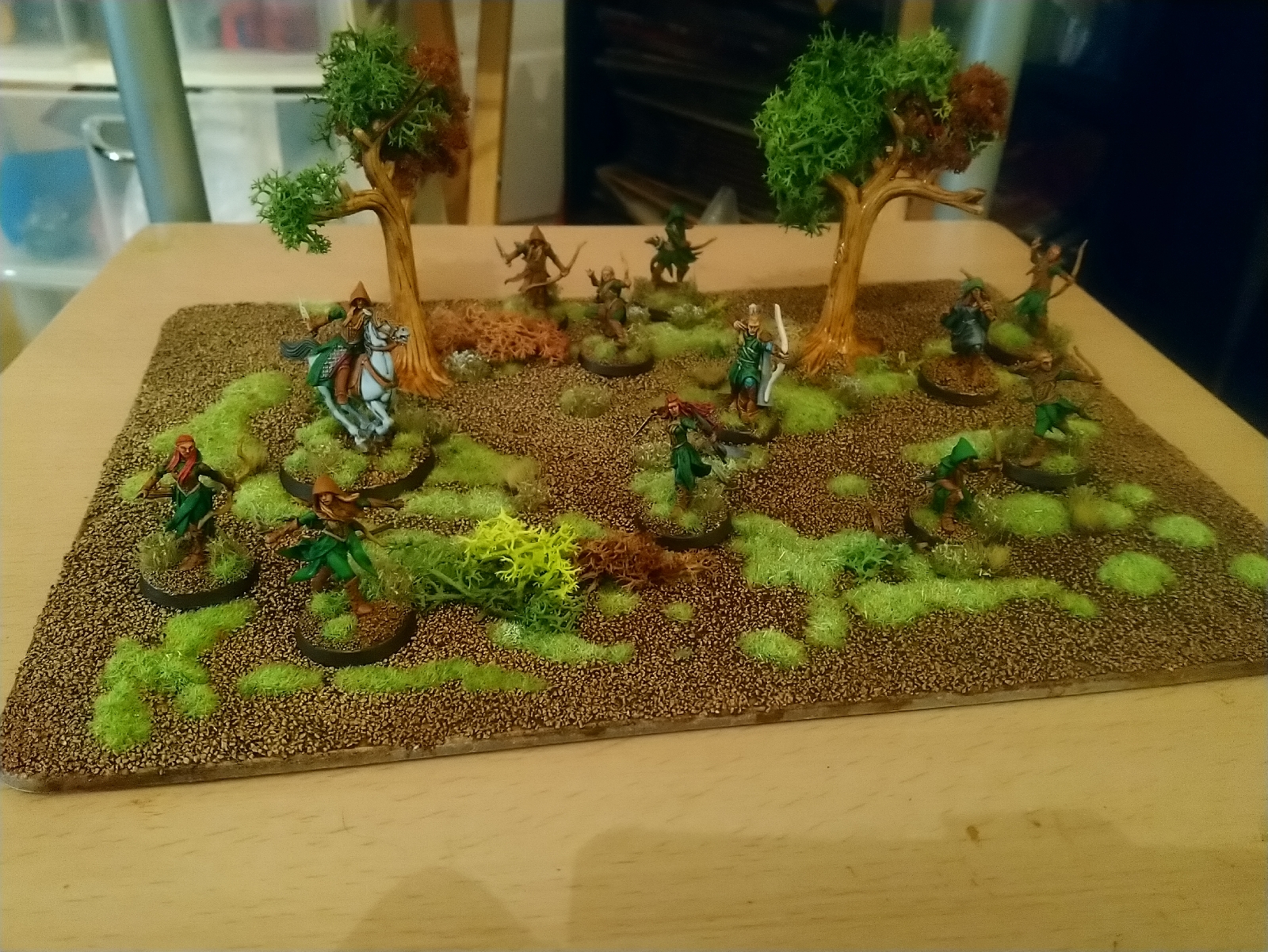 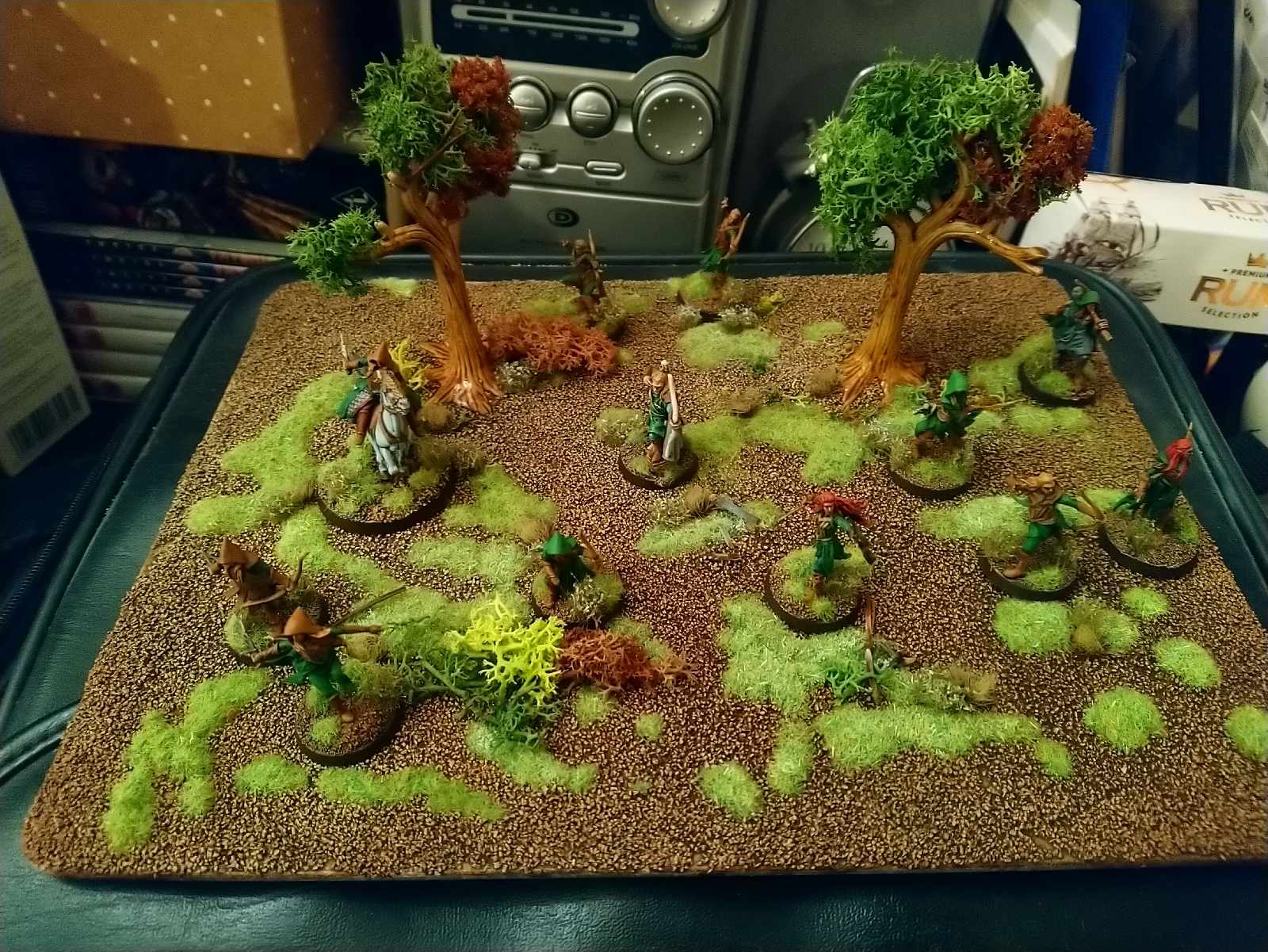 This was great fun to work on and surprisingly easy to do. The base was an old placemat covered in sand, the trees were plastic toys I found in a charity shop and the foliage came from some model railway supplies I found buried in the back of a cupboard. Never have I felt more justified about my habit of never throwing anything away. It all comes in useful in the end!
It came together really nicely in the end though, despite the hodgepodge beginnings. Really once the base colours were down, it was just a matter of adding flock and foliage until I was happy with it. The most nerve-wracking part was actually transporting it to the event on the bus!
The event itself was excellent fun. The small points format and 100pt cap on individual models meant that some really interesting and seldom-seen themed armies came to the fore.
I wish I'd taken a few more pictures of the other armies and games, but tbh it slipped my mind on the day. I did manage to get a few nice pics of my own games though: Tauriel proved to be something of a beast in low points games. She killed more across the day than the rest of my army combined. She even singlehandedly broke an Angmar army in game three! 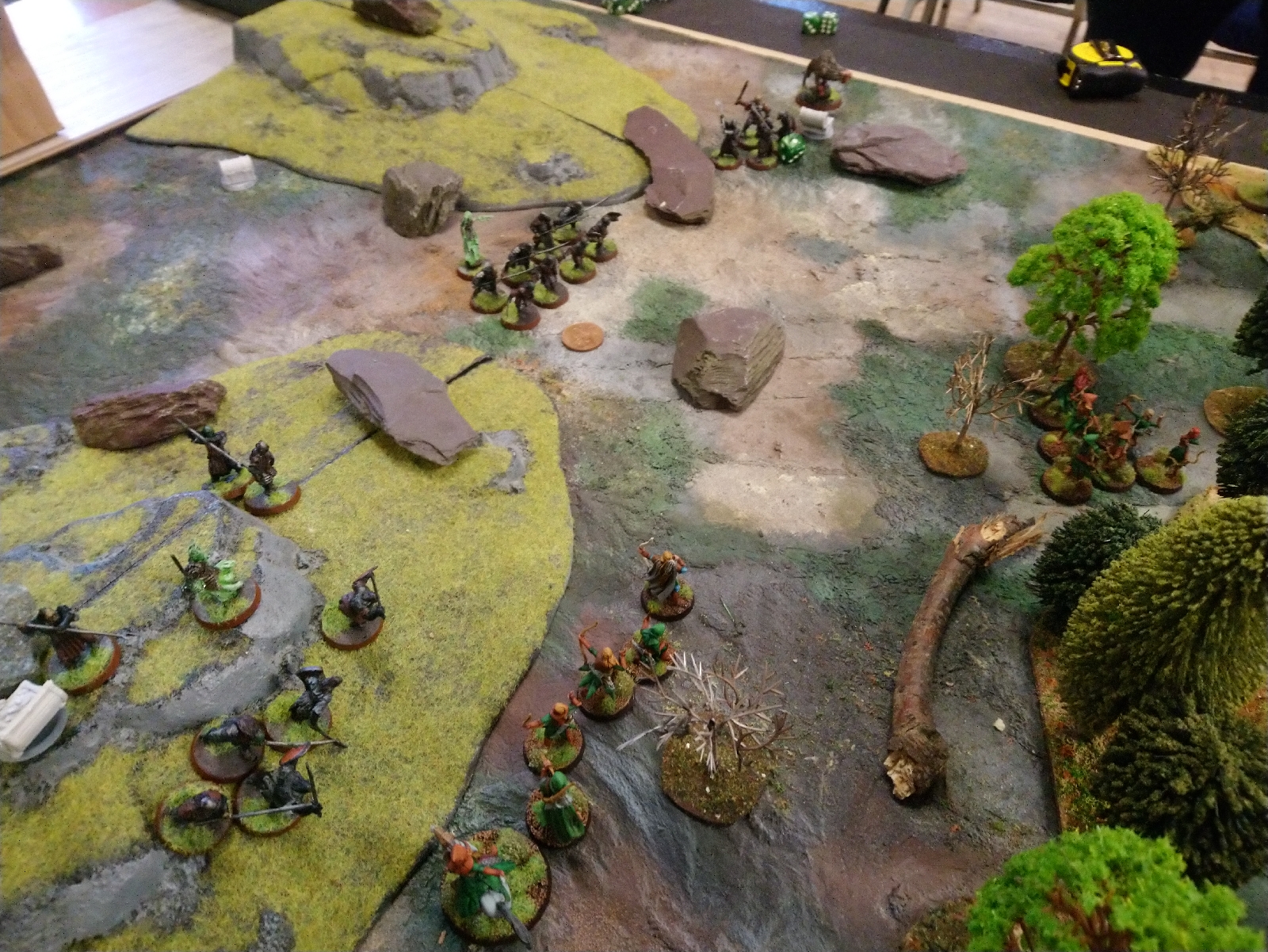 Despite that though, I lost all five games in the end and narrowly missed out on best painted army. I don't mind too much. Fun has always mattered more to me than results. I don't know when the next one of these events is going to be, but I'm already looking forward to it!
Now the event is out the way I can focus on my other projects. Next on my painting table are my mate's Nurgle/Death Guard stuff, alongside whatever personal project I decide to do next. I should have some time to blog more too now I'm not crazy busy, so the next post shouldn't be too long in coming.
So until next time, happy gaming!
Posted by Khorneguy at 18:51 2 comments: