My bout of productivity after my last post was killed somewhat by being rather ill for a week. Rather annoying, but at least I'm feeling better and back at the painting table now.
Luckily I've been productive enough this week to make up for lost time. For the most part I've been plugging away at m horde of Hobbits. 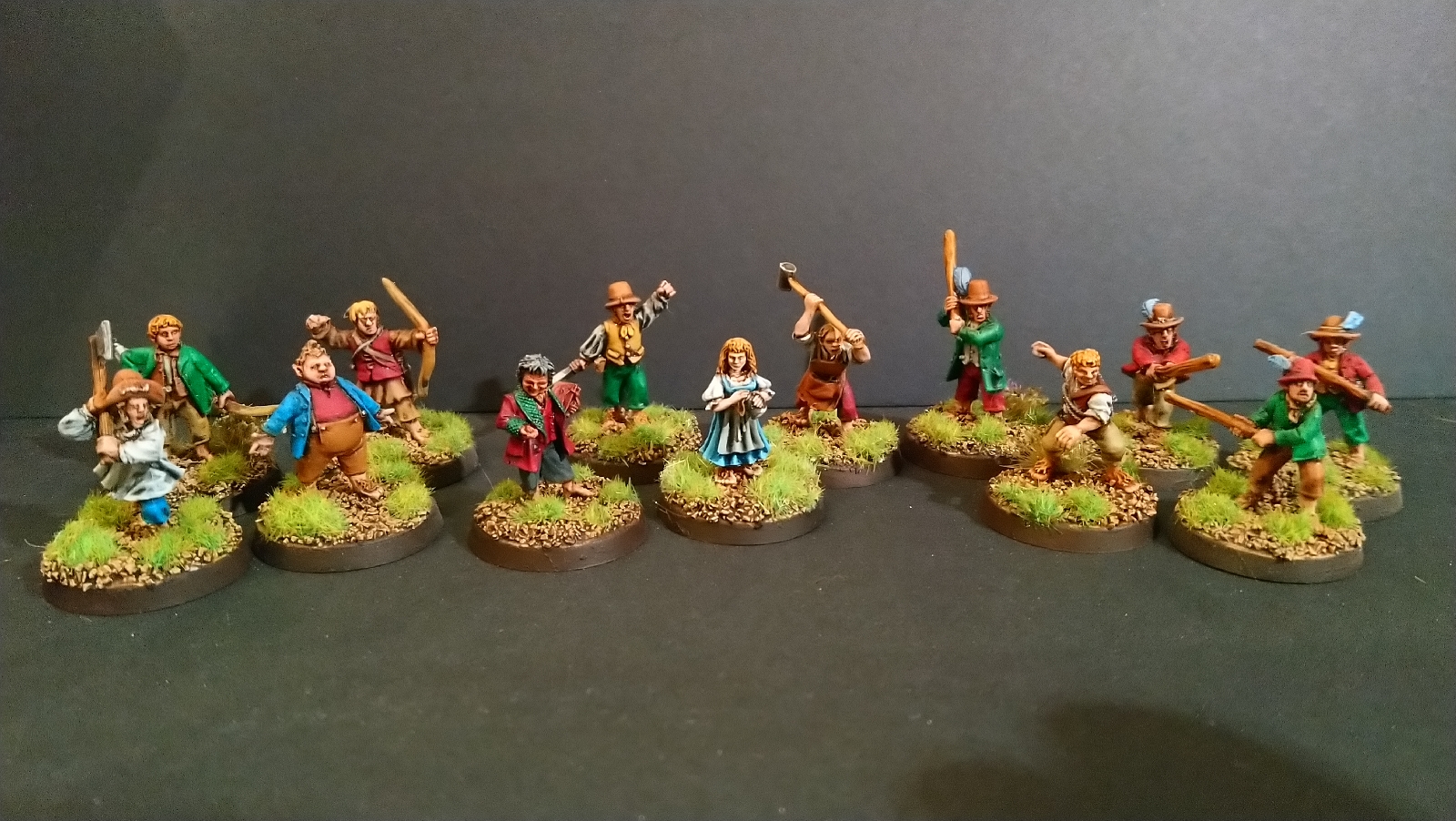 That's 13 out of my 75-strong army list done now. Still a long way to go, but it's steady progress. I've finished just over half of the mass of models I bought at the end of August. Not bad going.
I'm finding them to be a lot of fun to paint up, especially the Forge World characters, so it's not as gruelling as I thought it would be. Breaking them down into batches of 3-4 at a time, plus a character seems to be the way to go. It keeps things interesting enough that I don't get distracted.
I've also found time to do a supply run into town to get the bits and pieces I need to make a start on building my terrain project. 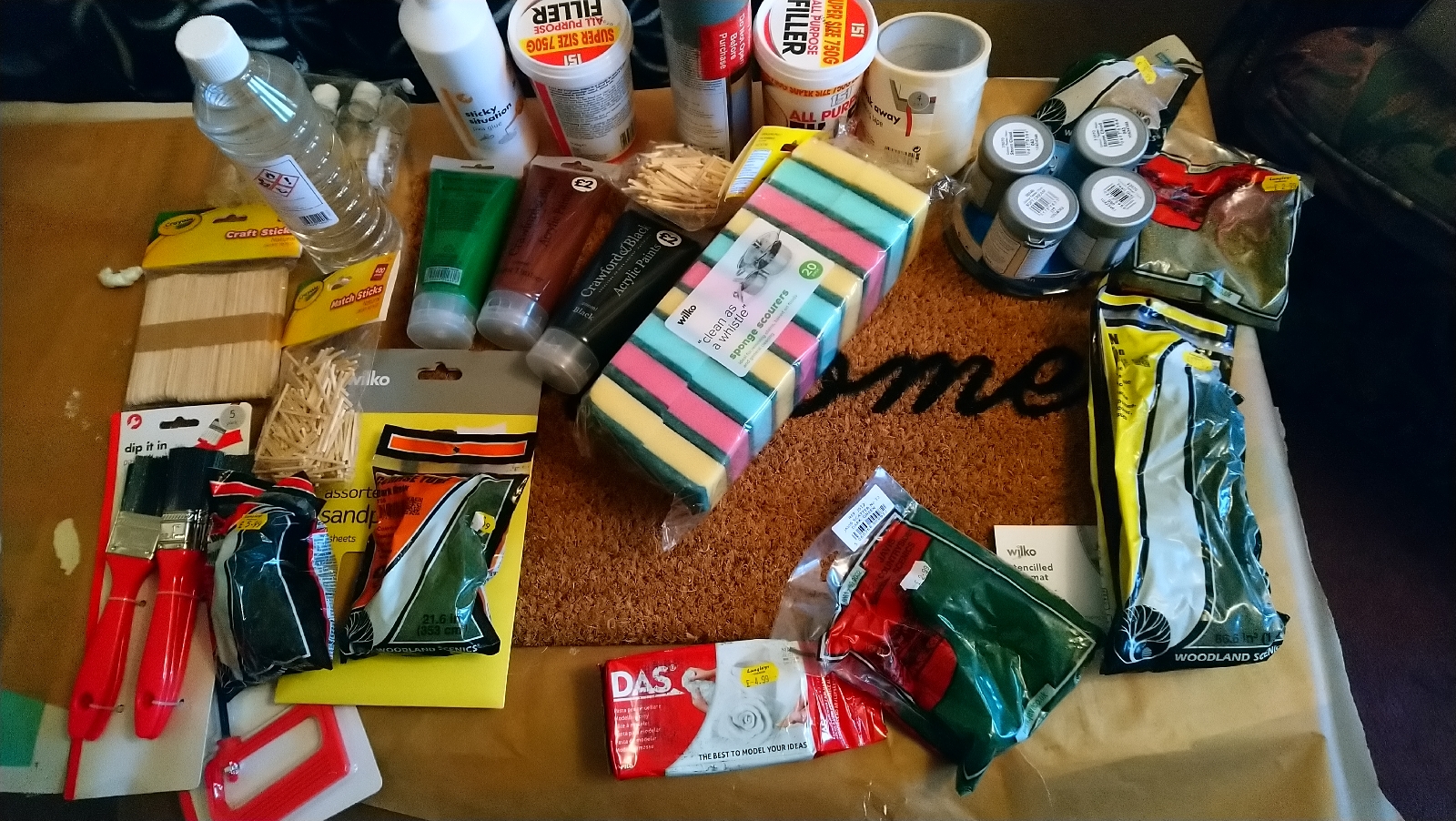 I've got some big plans for all this. Hopefully I'll get the time to start cracking on with that in the next week or two.
I'll keep you posted on how I get on.
Posted by Khorneguy at 07:41