It's not often I cover news on here. Quite frankly, my erratic posting schedule would make that a bit of an exercise in futility. The latest release from GW has gotten me ridiculously excited though. 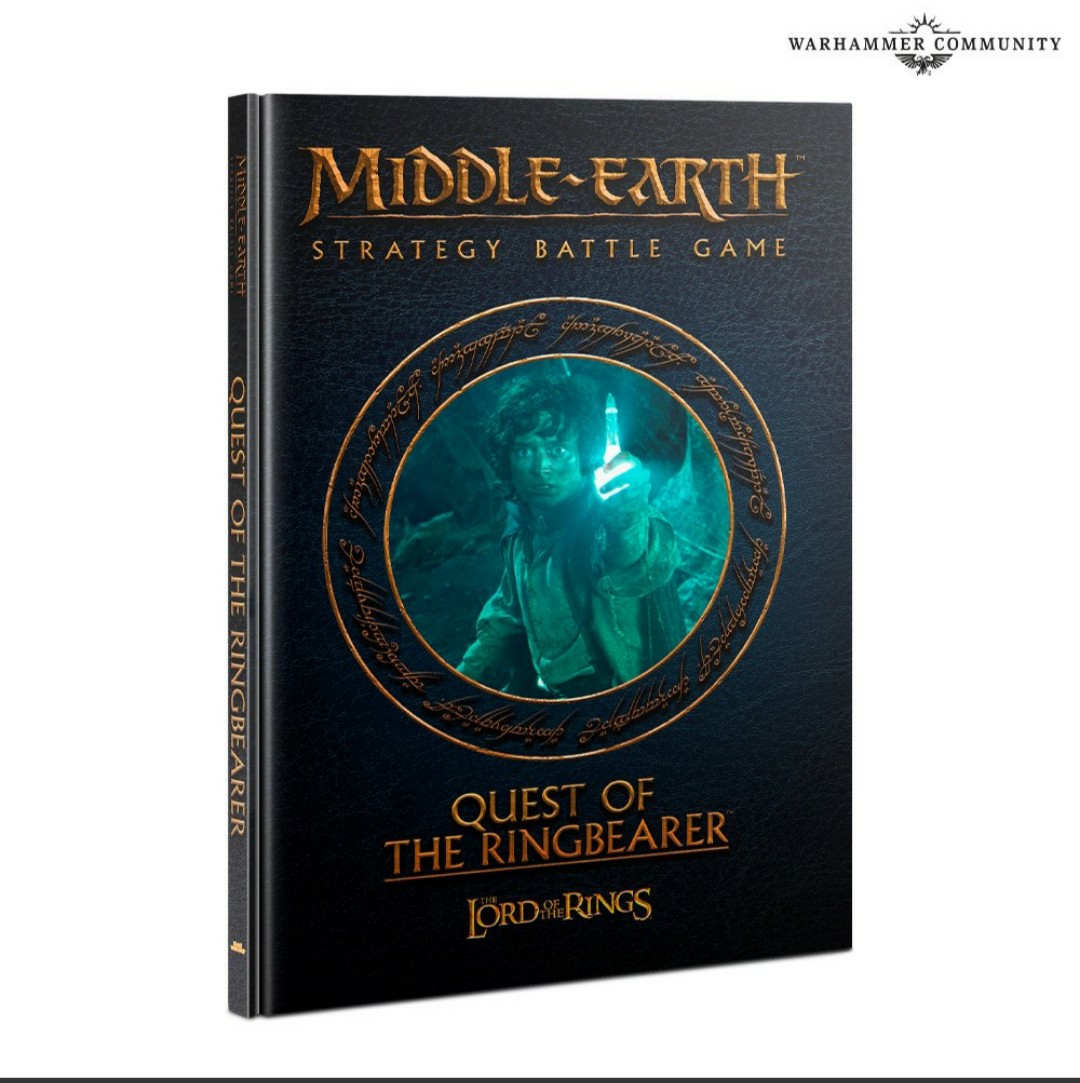 Quest of the Ringbearer is up for preorder this weekend. Its the latest sourcebook for Middle Earth and as well as giving us some pretty cool new Legendary Legions, it also focuses on narrative play.
As much as I like Matched Play in my GW games, Narrative is where my heart is at. I've been wanting to dive into the narrative side of things for a while.
You might remember me saying I wanted to dive into some solo narrative scenarios during lockdown. That never really materialised due to various reasons, but my attention has been firmly swung back in that direction now.
I've got to wait for the book to be in my hands before I decide for sure what I'm doing, but at the very least I'm using it as an excuse to build some terrain.
Whilst I work out what I'm doing with that though, here's some Hobbits to look at: 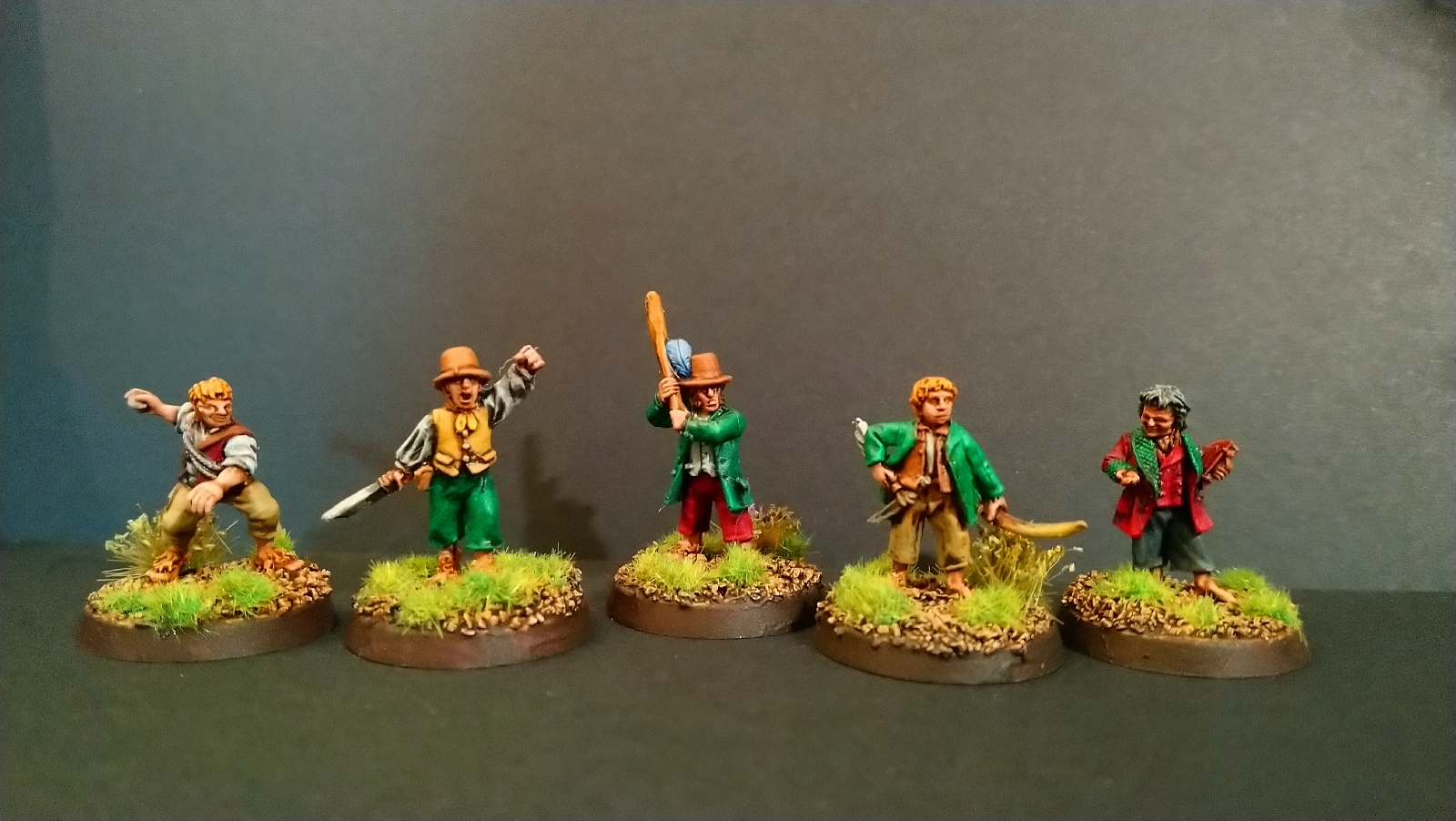 They're the first completed batch from the group which I showed you last time. I'm really happy with how they turned out, considering that it only took two evenings to get them done. That was helped immensely by the fact that I deliberately kept the scheme very simple. I didn't want to do anything too complicated, considering I've got another 68 of the buggers to paint for my final force!
If I can work to this standard across the army though, I'll be very happy.
The only thing I'm not 100% on is Baldo's face, (he's the one on the far left for those uninitiated into the dark rabbit hole which is SBG.) which I can't decide whether it's an issue with the sculpt or my painting skills. Probably a little of both Hobbit faces are even harder to do than even normal ones.
Either way I'm happy to call these done and move on. I'm feeling my momentum return on the painting front, so I'm just going to roll with it.
Hopefully I'll be back with more finished models soon.
Posted by Khorneguy at 11:18